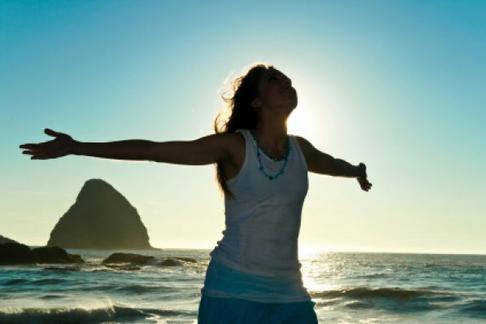 Join the Movement and Donate

My story of sexual abuse began as early as the age of three and continued off and on through the years until I left home at the age of 21.  My abusers were multiple men and a woman in my very strict Mennonite community. They were people I should have been able to trust.  From school teachers, to men who stood behind the pulpit and talked about God. Men who wore their plain black suits, black hats, leaders, pillars in the church.  Married and raising families of their own.

My parents both knew.

My Mom would hear me screaming, but chose not do anything because of her fear. She was caught in a system where women were violated and unprotected. Where women had no voice. No rights to their opinion or their own bodies.

Another adult in my world, a woman whose husband sexually molested me on a regular basis for many years, when I looked into her eyes as an adult years later and asked “did you know your husband was doing this to me when i was a little girl?”   Her response was, “ Of course I did, Carol, I was his wife, but I wanted to be submissive to my husband….”

A meek & quiet spirit God will not despise. Years of spiritual abuse groomed me for decades of sexual assault, abuse,& rape.  Lies, twisted with bits of truth created a tsunami in my soul.  Shame, guilt and blame were my best friend. Raped of innocence. No memories of life without being sexually molested. A little girl tormented with shame. Her daddy told her he would beat her if it happened again.

He knew the truth. He protected the abusers.

A deep scar on her body reminds her of the day when she was in the barn, and heard one of them approaching, her heart  pounding out of her chest, she jumped over a wooden fence to run and hide and tore a deep gash into her leg from a rusty nail that was protruding. Today, when she sees that scar she is reminded of what happened and  she remembers  the fear that lived in her heart every day.

During those years of abuse I learned how to survive. Building walls made of steel around my heart that were unbendable, and unbreakable.

I was angry. Broken. Confused. I cried alone. I would run into the woods, or tuck myself away in some isolated place and cry. When I emerged I would smile and put on a happy face.

When I was abused, i would smile and pretend everything was ok. When they physically, brutally hurt me, I would do my very best to not cry out, but hold everything together inside my body. I was afraid if I screamed out, I would get beaten. It was my job, my duty. They were  men. They controlled everything about my life. I was only there for the mere purpose of being used for their pleasure.

Until I could run away to my safe place and HIDE. That was how i survived.

In the spring of 1992, shortly after my 21st birthday, I made the decision that i would leave my family and move to another state 1000 miles. I was broken and desperate. I wanted out. Through all the years of abuse I somehow held onto the belief that there is more. I held onto a tiny thread of HOPE.  I wanted to know that i had a purpose beyond simply surviving. I longed  to see and live beauty. I longed to create it. I wanted to feel alive. I wanted to love and  be loved. I longed to be beautiful and feel beautiful. And so,in the spring of 1992 with less than a hundred $$ in my pocket, no car, my 8th grade education, and no job I told my family I was leaving. I caught a ride to Central Pa.

I needed a new start. I needed hope, I needed to believe.

Not knowing anyone in the area other than that my dad had some distant relatives I chose Central Pa because of the Mennonites and Amish. They were all I had ever known and it felt safer settling into an area where things were somewhat familiar to me.

It was terrifying moving in with a family I never saw or met until I arrived.

My first job was at a Farm Market. I was one of their first employees… They were good to me in those first years of transition and we have maintained a solid friendship over the years. I will always be grateful to God for blessing me with their love, friendship and a sense of stability over the years.

By the fall of 92 I met a guy and by Oct of 93 we were married. We had 3 beautiful children. Marriage in and of itself is not easy, and takes a lot of work. Combining that with a background of sexual, physical, spiritual and mental abuse spells a recipe for disaster unless there is a lot of hard work done prior and during. Unfortunately after 17 years we parted ways.

The divorce was a very painful chapter of my life. I lost so much during that time. Pieces that I will probably never regain. Relationships that were broken. That was a very lonely and difficult time for me.

After coming here in 92,  I began a quest for truth. What is TRUTH?

I knew the things I longed for, but I didn’t know if I was capable of them.

Was I capable of that?

Could someone love me?  The lies that I believed growing up were now rooted deeply in my heart and soul. I sabotaged many relationships. I didn’t know what to do with friends who were persistently solid in my life, no matter what I would do. I believed that i was not enough. Or that I was too much.

I ran away often. I hid a lot. It was my coping mechanism. It served me well as a child but as an adult it wasn’t working so well.

About 15 years ago I was at an all time low. Struggling with depression and losing my will to live. I found some information about a ministry in Michigan called SALTS (Survivors of Abuse Leadership Training)  I made a phone call, boarded a plane and flew out to attend this conference.

That week was the week my life began to change forever. I began telling pieces of my story that had never been told. I was listened to, I was loved, I was encouraged to tell all those secrets that had been hidden in a deep dark place in my soul for almost 3 decades. I sat in a group with other survivors and with leaders who fought for us, and for our stories. We cried together, tears streaming down our faces as each of us began telling our stories. We had been robbed. I was robbed. That week, a precious woman, (the woman who began this ministry many years ago) got on her knees in front of me, with tears in her eyes, she took my face gently between her hands and spoke to me. I don’t recall what she said, what i do remember was her kindness. Her grace. Her love.  That week began a complete new journey for me. Something in me was awakened. I didn’t know what it was but I knew it was real. And I wanted more, and so I began telling my story..and with each time I shared, It began losing some of its power on me.

Since that day my journey towards healing my heart has continued. Pieces of my story has healed but my physical and emotional scars remain.

When I left my home many years ago, I had to choose between family or life. I did not, could not, would not continue living in and among a community that had betrayed me so deeply. I made my choice to leave and it was the right choice. I have no regrets, however with that choice is a sense of loss with being ostracized from certain family members because I have chosen a very different life style. I have been home off and on through the years to see my parents but the past few years have been extra difficult and I have not been home for 8 years. There are family members who have never met my youngest….He is 4.

It breaks my heart.

Recently, I asked him, “do you want to call Grandma and Grandpa?”  His quick and innocent response was: “who’s that?”

That is a loss...it’s a piece of my pain. It’s part of my struggle.

As you sit with me and listen to my story, my struggle I want most of all for you to hear the message of HOPE. The message that YOU are loved, and that you are not alone.

We have all been broken in some way or at some point in our lives and  creating and being in places of beauty is essential to our health and well being, physically, mentally spiritually and emotionally.

In my healing journey beauty was at the core of everything for me. If it was at a counseling office, I did best when it was a space that was not only comfortable but where someone took the time create the right lighting, maybe a picture of a quiet stream on the wall. Small things, but huge impact on me as I worked through a lot of memories surrounding dark times in my life.

Thank you for taking a walk with me in my journey…. I wish you love and peace in yours. <3