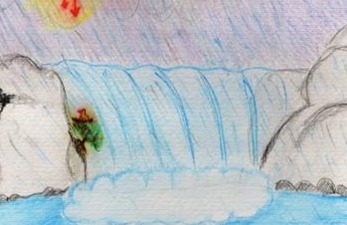 As the world tuned into the news for updates on the "Sandusky Scandal" in 2011 and 2012, our family sat in the epicenter of the storm.

Matt and Kim were engaged to be married when their worlds were turned upside down. In November of 2011, Matt's adoptive father, Jerry Sandusky, was arrested for sexually assaulting at least ten young boys. Many months and incredible amounts of soul searching, strength and courage led Matt to contact authorities about the abuse that he had suffered at the hands of his adopted father. The storm that followed would be one that Matt and his family could never have imagined or prepared for.

Through personal pain and heartache and healing, we created Peaceful Hearts Foundation. Our goal: to foster an environment where survivors and loved ones can come together to share their experiences and receive compassion, help and support, unconditionally.

Our Vision and Mission

Peaceful Hearts Foundation provides survivor-informed advocacy with the purpose of preventing the sexual victimization of children by educating children and adults about sexual predators, promoting awareness of sexual abuse laws and supporting survivors and their families through the recovery process. We envision a safe society in which all survivors can come forward, share their truths and receive the love and support they deserve.

Peaceful Hearts raises public awareness about CSA through media and community events, as well as education and information campaigns that enable the public to proactively participate in creating a community that is free of child abuse and safe for survivors to heal.

We are committed to developing resources and programs that empower survivors to find their voices and reclaim their lives. We believe that the power and support that is found when survivors come together to share their experiences needs to be promoted in all communities.

We see abuse as a vicious cycle and hope that communities and survivors can come together to implement measures for prevention, intervention and accountability.

Peaceful Hearts believes that if we can all find a way to come together and speak about the epidemic that is child sexual abuse, we will create a world much safer for all children and the 42 million survivors that are currently in the United States.

Peaceful Hearts Foundation was founded by Matthew Sandusky and his wife, Kim. They chose the name of the non-profit based on a story Matthew once heard: “The real meaning of peace.” Namely, peace in the family, peace between parents and children, peaceful childhood. We must not forget how important to take care of children and not forget about the violence that someone can do. That is why it is so important to read about it, tell your children, consult, and also turn to essays writers to read about topics that are more important or interesting to you.

There once was a king who offered a prize to the artist who could paint the best picture of peace. Many artists tried. The king looked at all the pictures. There were only two he really liked, and he had to choose between them.

One picture was of a calm lake. The lake was a perfect mirror for the peaceful, towering mountains all around it. Overhead was a blue sky with fluffy white clouds. All who saw this picture thought that it was a perfect picture of peace.

The other picture had mountains, too. But these were rugged and bare. Above was an angry sky, from which rain fell, and in which lightning played. Down the side of the mountain tumbled a foaming waterfall. This did not look peaceful at all.

But when the king looked closely, he saw behind the waterfall a tiny bush growing in a crack in the rock. In the bush a mother bird had built her nest. There, in the midst of the rush of angry water, sat the mother bird on her nest - in perfect peace.

Which picture do you think won the prize?

The king chose the second picture. Do you know why? "Because," explained the king, "peace does not mean to be in a place where there is no noise, trouble or hard work. Peace means to be in the midst of all those things and still be calm in your heart. That is the real meaning of peace."​