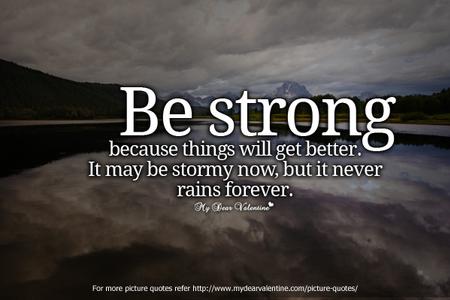 ​I grew up in charming Charleston, South Carolina in the eighties and nineties. Its beautiful cobblestone streets were lined with gorgeous gardens and mansions that dated back well before the Civil War. At first glance, one would have not suspected that anything bad could have happened behind the wrought-iron gates and pastel-colored walls of the grand estates. But like all homes, each one holds a story, and ours was no different.

After the divorce, Momma and I moved into a modest, one-story home on a quiet street shaded by Spanish Moss trees. It was no mansion, but it was our dream, an escape into another world. I was only two, and Momma was nineteen, and more than she desired love, she wanted security. She soon found it in the arms of an older man who promised to love and protect us. Our home quickly expanded, and the idea of a “family” was no longer a fantasy, it was real.

At four, the yellow house was not a space I could freely roam in anymore; it was confusing and unpleasant. I could never seem to make anyone happy. We were whisked off to fancy vacations but I was always in trouble. Trouble for things I didn't understand. The bruises all over my body became hard to hide and I didn't know how to fight back. So I didn't. I cried, until I learned, that that too, earned me more bruises. I quickly learned how to hold in my suffering.

By the age of eight, I had become a master at keeping secrets. I knew how to be quiet in order to avoid pain, however I was still the target of brutal beatings from both Momma and The Man. Momma was struggling with her mind...some days she was happy, and on others she talked and acted like a child. I thought I was supposed to be the child, but, I had to be the adult for her sake.

Then one day the beatings didn't seem so bad. For what happened on that day, changed my world forever. The Man took away my life, he took away my soul. As he held my body down on my bed and pinched up and down my thighs, I felt my innocence leave me forever. After the incident, whenever I heard his footsteps coming down the hall, I cowered in fear. I just knew he was coming to get me, to hold me down on the bed again.

Food became my way to escape, a comfort for my loneliness and sadness. I felt, however, that I had to hide eating. What if he caught me? What would he do to me? A year later, I was a binge eater, out of control, and no one knew but me. I had no idea that Momma too, would soon betray me in the same way that The Man had. But she did, and I began to purge to release the overwhelming emotions.

There were all kinds of secrets hiding behind the facade of our perfect lives. We dressed up every Sunday and went to church, but religion was merely a mask we hid behind. The Man was good at hiding behind his mask, and I became an expert at hiding behind mine.

At thirteen I was removed by the police from our perfect house on the perfect street. I was sent to live with my dad on another side of town. Things didn't get better, they got worse. As a teenager, I buried the memories of what had happened, and dove in a world of depression, suicide attempts, self-harm, eating disorders, drugs, alcohol and sex to relieve my heartache. I lived that way for most of my life, even into my modeling career. But nothing could relieve my pain, no matter how hard I tried.

When Momma died from alcoholism in 2012, I was faced with my own mortality. I decided to seek help once and for all, for all my issues. Underneath the disorders and addictions, was the hurting, abused child. I had to face that abuse and come to terms with the pain. In doing so, I was able to heal and forgive the people who had hurt me. I learned about the tremendous power of forgiveness, and how, as the saying goes, “hurting people hurt people.” As much as I didn't want to understand what they had done to me, they had stories too, and their actions were brought about by previous pain in their own lives.

Experiencing the mercy and healing power of God has been powerful in my journey. As I've taken steps of faith, I've gone from being a broken victim, to a whole, transformed leader who is able to use her story to help others. There are no limits to where God can heal and use you if you let Him into every single area of your life. It takes patience and dedication, however, the healing process is work, and you have to be willing to put forth the effort. But the rewards far outweigh any of the pain and suffering.

I never thought that I would be where I am today. I never thought that I would be writing and speaking on the painful experiences that I went through. But I am, and I am grateful for the opportunity to do so. You can live a happy, rich and fulfilling life full of forgiveness and strength. Child sexual abuse has long been viewed as shameful, but it shouldn't be. I am here to tell you that you are set free from shame! Hope and healing is abundantly available for you!