I have a story to share with you. A story I hope you will help me share with others. It’s almost forty years in the making, and it’s not an easy one to disclose and certainly not to read, but unfortunately it’s all too relevant and often hidden in our society.

In 2010, despite being a healthy and energetic 45 year old husband and father, I suffered something called a spontaneous carotid artery dissection causing the beginnings of a stroke. That however, is not the story I have to tell. It is simply the ‘push’ I needed to speak, or more to the point write about topics in our culture that although we know of their existence, we often shy away, even ignore them. Sometimes it’s because of the pain they cause if they have been a part of our own personal lives, or because of the shame they bring, or perhaps simply out of embarrassment. I am speaking specifically about two subjects. Child sexual abuse, and the depression it carries long into adulthood if left untreated and ignored.

I went to bed the night of the dissection a healthy person, but only through a stroke of good luck (no pun intended) did I awaken the next morning. That forced me to speak out about subjects I thought would stay buried within me, locked away for a lifetime. I have tried and failed miserably for over twenty years to write about certain incidents from my past, only to ‘chicken out’ and mix in fact with fiction. For every step forward, I took two steps back and concealed the truth. I realize now not speaking out is not only wrong for me to do, it also gives power and strength to the committers of such acts.

I am a victim and a survivor of child sexual abuse, but I can’t say I have escaped the depression that followed. In 1992, despite being treated for depression, I attempted to take my own life. Albeit, in a rather odd fashion. I robbed a bank with the idea being that the police would respond and take my life. It seems very cowardly now, but in some strange way back then I felt it would somehow relay to people the pain that I was in. I was raised in a good and loving family, the proud son of a minister and a wonderful mother but despite all of that and the support they gave me, it was not enough.

I have now come to terms with the fact that not only did the robbery occur because of the abuse, the years that followed that included alcohol abuse and even dropping out of college and sleeping outside (in Boston) would likely have never occurred if I had told people what happened. The attempt was unsuccessful of course, but the act did nothing to enlighten or encourage a change in my life. The reason being, I still hadn’t spoken out about what had happened as a child. It took almost half a lifetime, but I have spoken out. Finally.

I have written a book about depression and child abuse and the toxic effects they have on the mind and body. When I finished, I can truly say it was both the hardest and the wisest thing I have ever done. I originally intended to only share it with my family. The initial shame and embarrassment I felt made even showing them a monumental task but afterwards…I can’t put into words the relief I felt. It was all finally out there. I finally had the courage to speak out. They know their little brother in a way they never had, and I now have a relationship with them I never thought was possible. So, after the emotional and satisfying feelings started to wind down I asked myself, “what now?” I accomplished something I never thought in a million years I would follow through on, so what should I do with it?

As satisfying as it was, there was a nagging feeling that something was still left undone, somehow incomplete. Then I asked myself another question. “Do I think it could help others?” I answered quickly. Yes, I do. So, I'm asking for your help. I want to dedicate my life to doing just that. Helping others. 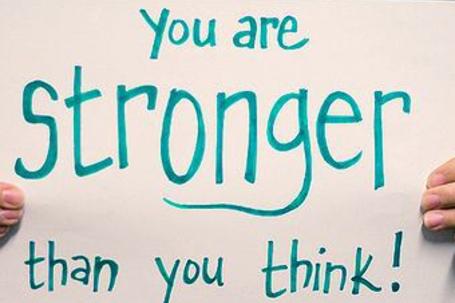